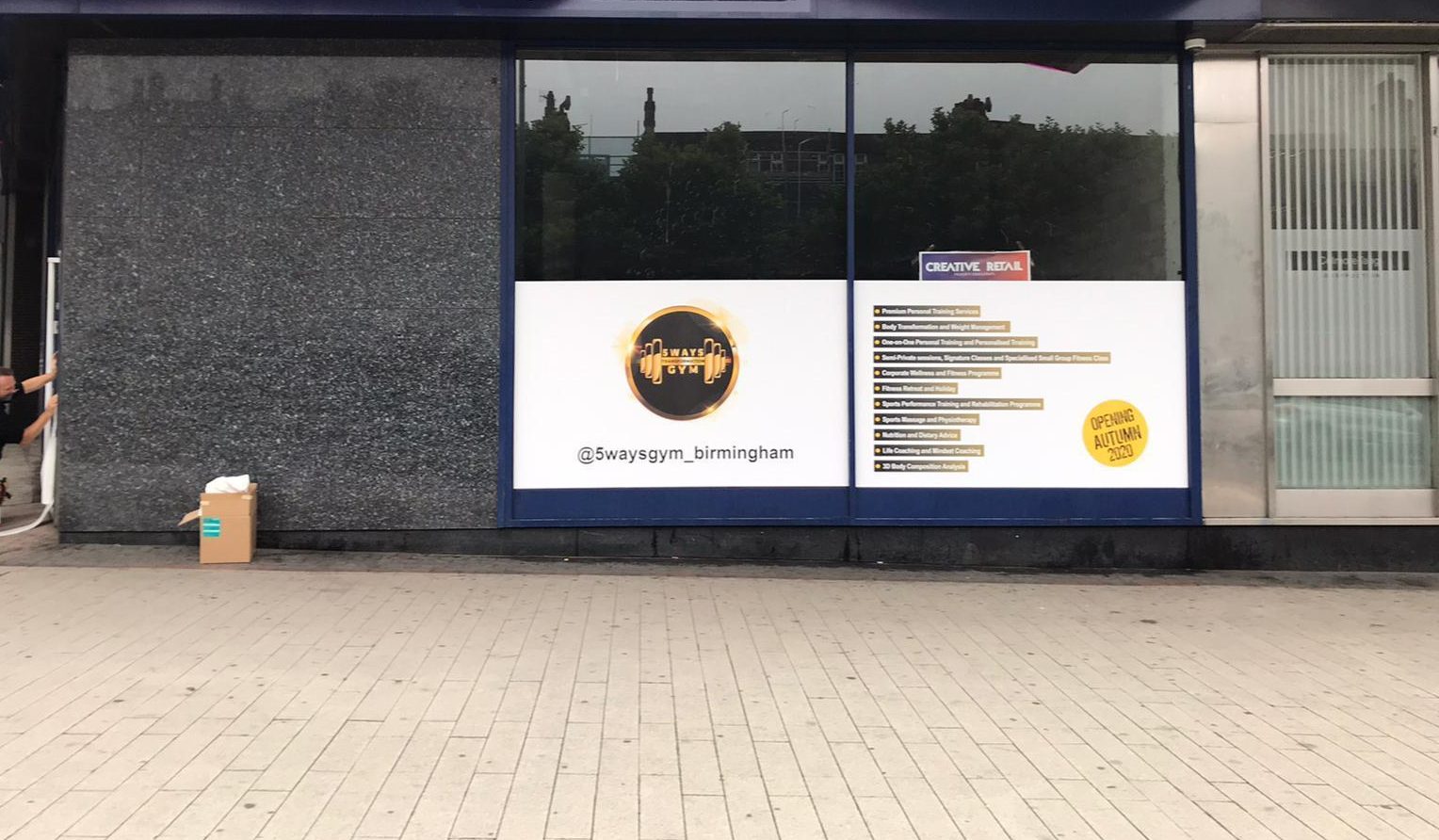 A new business owner preparing to open his first premises that will create ten jobs on Westside is hoping he will soon be sprinting to success.

Former 100 metres runner Stephen Emelieze is about to open his first ever gym in a former bookmakers in Islington Row.

And Stephen, who spent a decade as a professional athlete with the Nigeria national team, is aiming to ensure his new venture is a sure-fire bet.

Stephen, who also worked as a sports coach and personal trainer after his running career ended, is putting the finishing touches to his 5Ways Transformation Gym, which is due to open in October.

The private, premium and membership-only gym is moving into the premises of the former William Hill unit.

Stephen, who coached his younger brother Peter to a place in the Nigeria sprint team at the 2012 London Olympics, which he described as “one of my greatest achievements”, plans to employ up to 10 people in the gym, including six trainers and a masseur.

He said: “I’ve been working in a commercial gym for quite a while and, because of coming from an athletics background, and spending several years as a personal trainer, I now want to create my own training system.

“I want to bring in my own elements because I believe there’s an athlete in everyone.

“I feel I’ve got this potential and this is the time to launch this opportunity, and that’s why I’ve decided to open a gym now.”

Stephen, who missed out on competing at an Olympics himself due to injuries, began working as a personal trainer after obtaining a degree in sports management.

He is currently doing a Masters in sports coaching at the University of Birmingham, but has temporarily suspended the course to get his new gym off the ground.

Gyms were one of the last businesses to re-open nationally following the easing of the coronavirus lockdown, but Stephen is not put off by the possibility of a second wave.

He added: “There’s been a bit of a delay in opening the gym due to coronavirus, and you do wonder if there’s going to be a second lockdown, but I think there’s a bigger demand for this type of facility now because of the previous lockdown.”

Mike Olley, general manager of Westside BID, said: “We look forward to welcoming Stephen’s gym which we believe will bring a new and exciting element to the local area.

“The year 2020 has been difficult because of COVID-19, but business plans like this give us hope that there is a solid future to aim for as we come out of lockdown.”