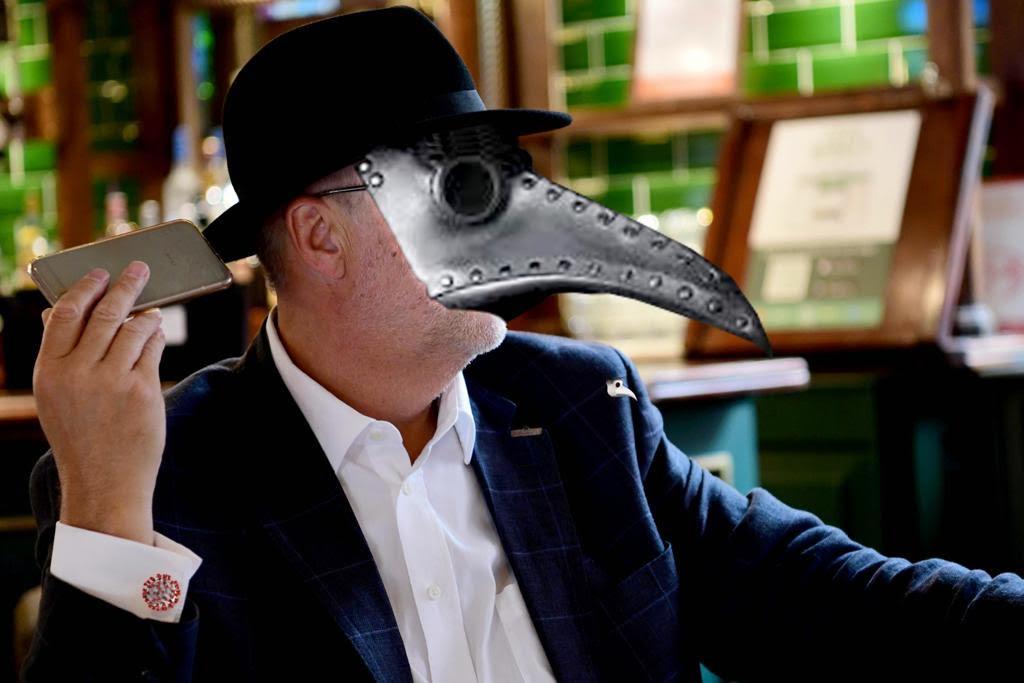 As we all start our long journeys of getting to grips with the pandemic, Westside BID general manager Mike Olley reminds us that things could be about to get better.

The Black Death, which peaked in Europe from around 1347 until 1351, killed anywhere between 155 million to 200 million of the earth’s then 500 million population of humans. Never again, and presumably never before, had the human population had it so bad.

Way back in the 14th century, science wasn’t that good. Some believed evil spirits carried what is also known as the Pestilence, the Great Mortality, and the Plague. Others felt bird-like beak masks stuffed with wildflowers would prevent and protect. The truth was, they really had no idea what was going on and, as a result, folk died in their droves.

We know a lot more nowadays, yet still many have and will continue to die from the world’s latest coronavirus pandemic, COVID-19. But our chances are far better now.

Here in the UK, whilst Boris Johnson blusters and blunders pitifully against the surgical Kier Starmer at Prime Minister’s question time, he remains as slippery and evasive as ever. Johnson is under constant scrutiny by assorted academics and journalistic types who are all looking for the smoking revolvers. But he shows little sign of limping and appears to have a clean sheet on his claim to be following the science. The recent publication of SAGE minutes back this up.

However, I am reminded that both George Washington and King Charles II were killed by science.  Bloodletting, a nasty business we now know, but in their days this was regarded as state-of-the-art medicine!

Following the Black Death, many positive changes took place. The middle class was created: before that, you were either stinking rich or impoverished beyond belief. Yet with a good deal of the working population dead, those left could demand more for their labour.

Entrepreneurial dreamers created new ways of doing things, as fewer people were available to work. The printing press was invented along with cereal processing by machine milling, and weaving machines to produce cloth dramatically developed. Life started to change for the better.

Doctors and nurses appeared in hospitals as better health care was demanded. Before this, hospitals were run by ‘Hospitallers’. The equivalent nowadays would be a cross between a hotel manager and a pub landlord. These were run for the rich or by charities for a few lucky poor. You basically got a bed with food and drink, but no health care.

As real hospitals developed, the health of the nation improved, and new levels of wealth enabled a healthier diet. From gritty adulterated grains, bread and beer, working people could now enjoy, vegetables and meat to go with their improved quality beer. Relatively, life was getting better.

Greater freedoms ironically created by the plague gave opportunities for the poor to become better themselves. Some became yeomen farmers, merchants or even gentry. Eventually they even created the trade union movement. In short life got better.

What joy is there, therefore, from the current despondency of this pandemic? It’s too early to say, but let us content ourselves with the notion that the hostelries of Westside are ready to facilitate those who wish to contemplate and dream over such matters. In a well-behaved manner of course.

For ‘eating and drinking and making merry’ is a constant theme during every time of crisis. The pubs stayed open whilst we defeated Hitler on the home front. The noble British worker may well be down but never out. We are delighted in Westside that we can make good on our offer. With the regular and socially distanced queues outside our venues, it’s a delight to feel that the next renaissance could well be dreamt up in one of our boozers. You could well be drinking two metres away from a future billionaire entrepreneur. Indeed, it could even be you.