More than a dozen bars and restaurants on Birmingham’s ‘Golden Mile’ are gearing up to reopen this Saturday as the hospitality sector begins to emerge from lockdown.

As many as 8,000 people seeking their first night out in more than three months are expected to descend on Broad Street and the surrounding area, with many venues staggering opening times and others offering booked tables only.

Westside Business Improvement District (BID) has called out a top team of street wardens to support what will be the largest concentration of entertainment venues opening their doors across the Midlands.

Mike Olley, general manager of Westside BID, said: “We’re looking forward to helping to host what for many people will be a chance to get out and meet friends and have a great time in the region’s best entertainment district.

“We’ll be excited to see the reopening of some of our bars and restaurants, and we’re pleased that all venues have implemented various social distancing measures and safety techniques to ensure staff and visitor safety remains a number one priority.

“Estimates of how many people are expected to come out on Westside have ranged from 1,700 to as many as 8,000 – the latter figure being approximately one third of the numbers we see out on an average weekend before Christmas.

“Whatever the final numbers are, as a BID we will be turning out a full team on Saturday that includes our most experienced managers and street wardens.

“We will be working closely both with venues and our partners at West Midlands Police who have assured us they will have the right number of officers ready to help everyone have a good time in and around Westside.”

Mr Olley added: “Wherever possible, we would advise customers to plan their night out this Saturday more carefully than usual, booking ahead at venues if they can and not arriving or socialising in too big a crowd.

“This is a tremendous opportunity to show how one of the UK’s biggest entertainment districts can offer their guests a top night out while keeping to the latest safety advice, and we’re determined to make it a success.”

Bars on Westside that have confirmed they are reopening include The Alchemist, All Bar One, Be At One, The Brasshouse, The Canal House, Figure of Eight, O’Neill’s, Pitcher & Piano, Slug and Lettuce, The Solomon Cutler and Walkabout, while The Rocket Club will also reopen its bar facilities.

Among the restaurants reopening are Bank, Siamais, Pulperia and the FAB Burrito kiosk, while the Hampton by Hilton, Jury’s Inn and Park Regis, hotels are also opening their doors. The Sea Life Centre is also reopening for daytime visitors. 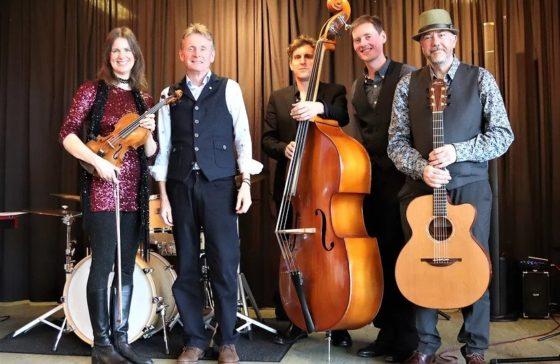