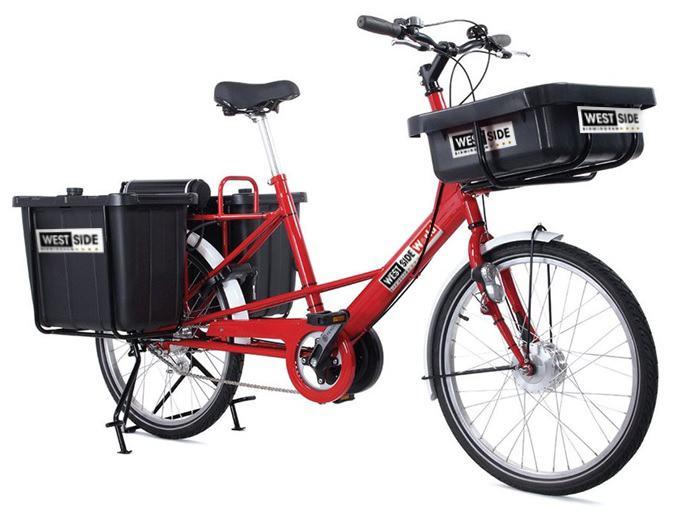 Westside BID has invited local businesses to send in ideas on how they would like to use the free services of two new e-cargo bikes.

Birmingham City Council has won a £58,000 grant for the e-cargo bikes from the Department for Transport, and it has asked Westside BID to help it run the scheme.

The council is purchasing 20 e-cargo bikes and trikes for the pilot scheme starting later this year, with the BID operating at least two of them in and around Westside.

Mike Olley, general manager of Westside BID, has already pledged to replace at least ten motorised journeys a week, and has invited members to send in ideas of how they would like to use them.

One purpose already identified is to use the bikes for BID staff to travel around the areas collecting stories for Westside World, and to distribute the newsletter each quarter.

Westside Wardens will also use the e-bikes as part of their patrols, potentially offering a combined courier service for BID members.

Mr Olley said: “It’s great news that we will shortly receive these e-cargo bikes and we’re determined to make sure we use them fully to support sustainable journeys in and around our district.

“There are many BID uses they will be put to, including delivering our communications to all members, but we are also keen for businesses in the Westside area to tell us how they would like to use the bike.”

Councillor Waseem Zaffar, the council’s cabinet member for Transport and Environment, explained that the e-bikes pilot was part of a broader plan to support sustainable freight vehicles across Birmingham.

As well as Westside BID, other e-bike partners include Aston and Birmingham universities, The Active Wellbeing Society and the Jewellery Quarter BID.

Coun Zaffar said: “I’m really pleased that we have successfully secured funding from the Energy Saving Trust to trial e-cargo bikes in the city.

“Working with our partners, the pilot scheme will demonstrate how e-cargo can provide a low carbon alternative to vans and cars, which is a further step towards a cleaner, greener Birmingham.”

Any ideas for e-bike tasks from Westside BID members should be sent to Luisa Huggins at luisa.huggins@westsidebid.co.uk.