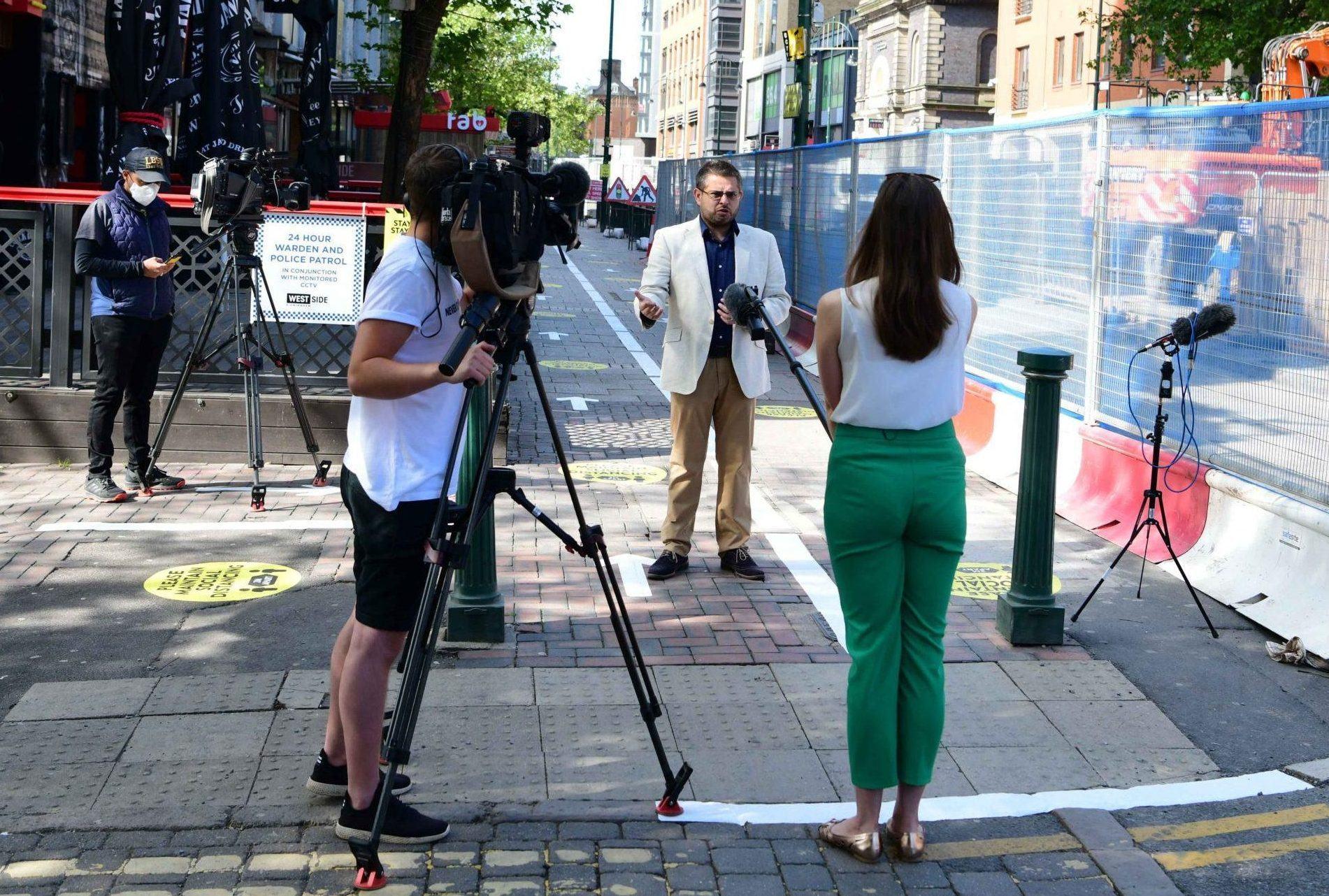 Birmingham’s ‘golden mile’ was the talk of the town this week after Westside BID’s pavement markings pilot to help guide safe distancing was widely reported in the media.

At the launch yesterday morning, the BID’s general manager Mike Olley and street warden Dimitrios Mitropoulos were both interviewed for regional TV and national radio.

Also interviewed was Coun Waseem Zaffar, Birmingham City Council’s cabinet member for Transport, who has given the scheme his full support.

Birmingham Mail photographer Darren Quinton and freelance business photographer Jas Sansi were also there to record the moment in pictures for the online and printed press.

The initiative also made the front-page splash in the Birmingham Mail on Tuesday, as well as appearing online at BirminghamLive, ITV News, various business websites and across social media.

Luisa Huggins, marketing and events manager at Westside BID, said: “We wanted to show our members, the wider business world, politicians and the general public that we are making preparations for when Broad Street starts to reopen.

“We all know that everyone’s going to have to be careful in the early days, and so we’ll be doing everything we can do to help guide them, hopefully giving businesses and visitors confidence when they are out and about on Westside.

“We’re not only pleased at how the media covered out initiative, but also that it gave politicians like Coun Zaffar a view of how the BID is prepared to work closely with the city council on making the city safer.”