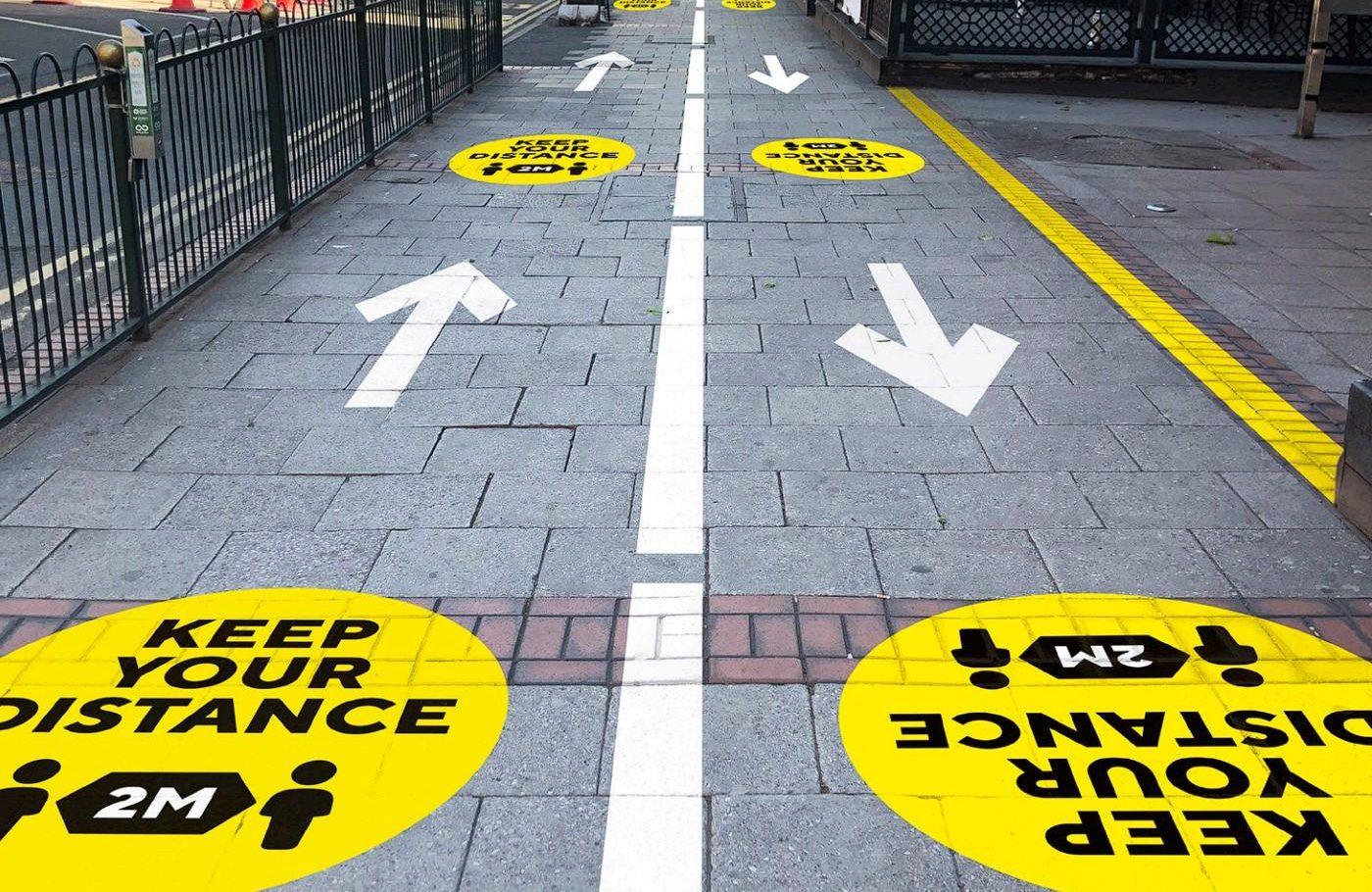 One of the UK’s first pavement markings and signage schemes designed to guide the public how to follow social distancing is being launched on Broad Street, Birmingham.

Westside BID is laying 100-metres of two-way markings on a 60-metre stretch of pavement from the junctions of Gas Street and then along Broad Street to Berkley Street.

The pilot scheme will be unveiled for Westside BID tomorrow morning (20 May) by Councillor Waseem Zaffar, the cabinet member for Transport and Environment at Birmingham City Council.

As part of the launch, the route will then trialled for the media by more than a dozen key workers, to show how the markings and signage will help the general public to adhere to social distancing once businesses in the area begin to re-open.

“Our understanding is that we are among the first areas of a UK city centre to pilot this sort of initiative.

“We hope that the pilot will be seen as a successful way to help businesses in our area to prepare to reopen, keeping staff and visitors safe when Birmingham’s ‘golden mile’ starts to re-open.

“If this pilot is deemed successful, we will work with the city council to hopefully install similar pavement markings and signage across the entire Westside BID area.”

Councillor Zaffar said: “This pilot fits in with our emergency Birmingham transport plan and we will do everything possible to support Westside BID to make this happen.”

The pavement markings have been commissioned from signage company Hollywood Monster.

Tim Andrews, of Hollywood Monster, explained that the pavement markings are made of a material called Street Wrap, a self-adhesive vinyl that is shrink-wrapped with heat to the pavement, then covered with anti-scratch laminate to make it hard-wearing.

He said this is expected to last for a period of three to four months, which made it ideal in case something more permanent was needed, or if social distancing guidelines changed.