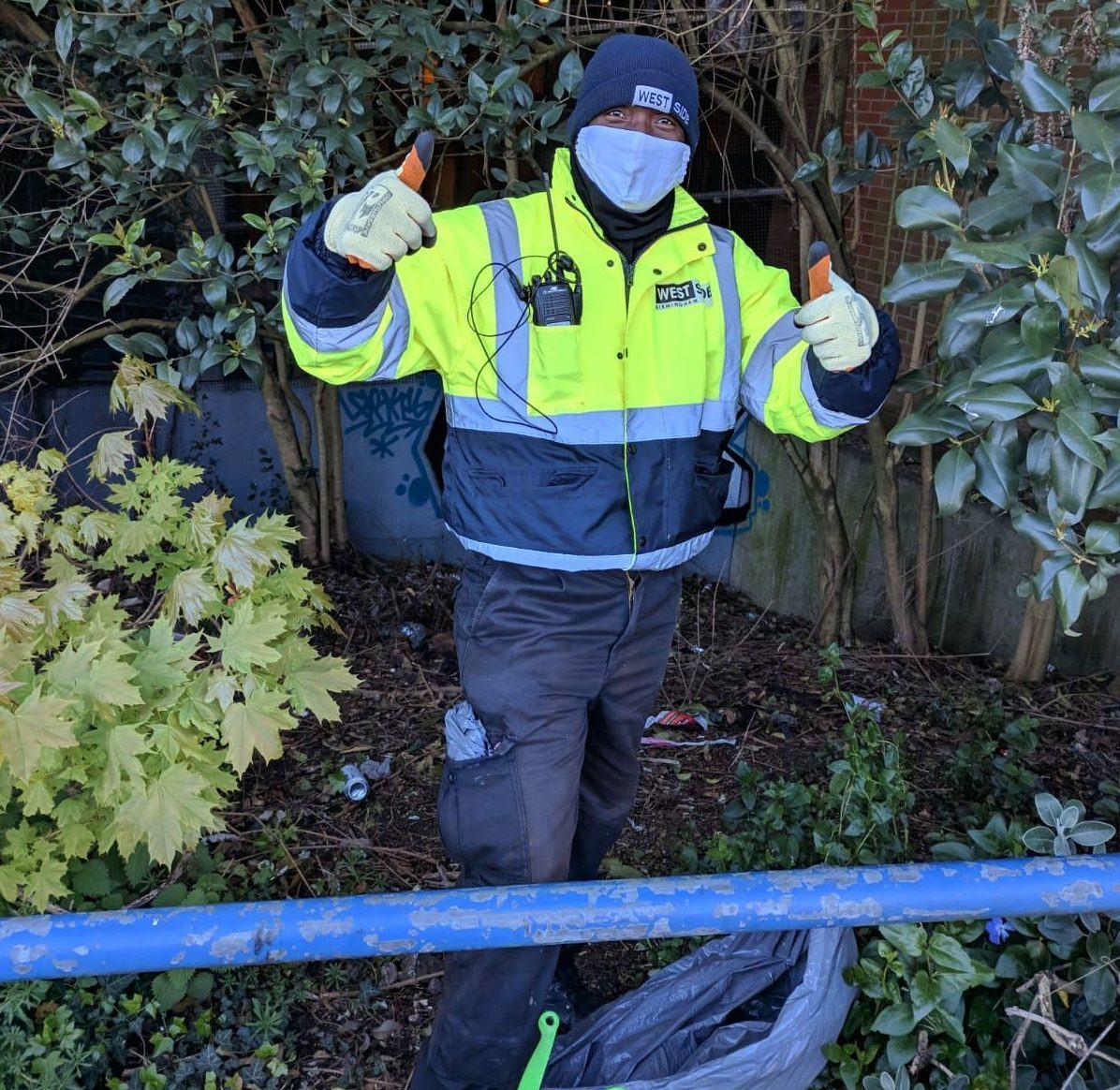 Westside BID street cleaner Sean Wright went the extra mile to ensure one of the city’s major entertainment venues was looking its best for when the COVID-19 lockdown ends.

Sean was tasked with carrying out a major spring clean of the area around the Utilita Arena Birmingham – and he collected an amazing 4,900 litres of litter in two days.

Much of the rubbish consisted of discarded empty bottles and cans, as well as wastepaper and even bits of clothing

Sean, who’s been a Westside BID street cleaner for seven years, enlisted the help of one of the BID wardens during his mammoth task.

The 42-year-old said: “There was so much rubbish that I had to go back the following day, and by the time we’d finished we’d filled seven bags of rubbish.

“It was mainly empty bottles and cans, but also paper and old clothing such as shoes and coats. It was all to make the place look nice and tidy.”

Sean’s outstanding effort, which took place on Tuesday, drew a welcome vote of thanks from NEC Group Arenas, which is responsible for Arena Birmingham, and the BID has named him their first #WestsideHero of COVID-19.

Guy Dunstan, managing director of NEC Group Arenas, said: “On behalf of all of us here at Utilita Arena Birmingham, I’d like to say a huge thank you to Sean Wright and everyone at the Westside BID for their efforts in keeping our neighbouring streets clean and tidy.

“At times like this, it’s fantastic to see that people are continuing to take pride in the city of Birmingham and are keeping it looking its best.

“The Westside area is such an important hub for leisure and entertainment in the region and I really hope we’ll be able to see it brimming with people again very soon.”

Despite the ongoing COVID-19 pandemic, the BID is committed to ensuring standards of cleanliness are maintained throughout the Broad Street area, despite a significant reduction in visitors and workers.

Mike Olley, general manager at Westside BID, said: “I would like to give a huge vote of thanks to Sean for his excellent hard work in removing so much litter from the area around Arena Birmingham.

“We are anxious that the Broad Street area remains clean, present and protected despite this period of lockdown, and it is to people like Sean who we turn to ensure that this is carried out.

“We’re very proud to name his our first #WestsideHero of COVID-19!”