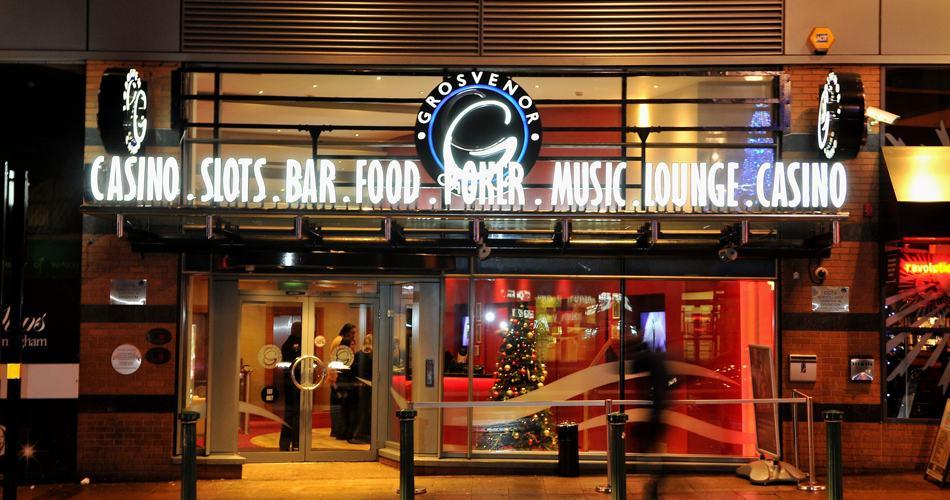 Chefs at a venue in Birmingham’s Westside district are cooking up a storm in support of key workers in the frontline of the fight against the coronavirus pandemic.

Grosvenor Casino, situated in the Five Ways Leisure Complex, is offering free cooked meals to members of the NHS and emergency services to support them during the current crisis.

Since they started the scheme, which is run in partnership with Uber Eats, the casino has been handling around a dozen orders a day, Monday to Friday, but is hoping to expand that as word gets around.

Matt Rudd, who has been general manager of Grosvenor Casino Broad Street for nearly six years, said: “We wanted to do something to support these key workers and to show them how much we appreciate what they’re doing at this crucial time.

“We closed as soon as the lockdown was announced, but since this scheme began we’ve had two chefs operating daily. We’re currently taking about a dozen orders a day. It was slow to begin with, but we’re hoping to increase the orders as word gets around.”

The free meals initiative is open to members of the Blue Light Card scheme, which provides discounts online and on the high street to people in the emergency services, NHS, social care service and Armed Forces, among others.

It is being run by The Rank Group, which operates several Grosvenor Casinos across the country.

Matt added: “Emergency services and NHS staff often find it difficult to obtain cooked meals at lunchtime, so that’s why we decided to offer this service between 11am and 3pm, Monday to Friday.

“Anyone who has access to the Blue Light Card site is able to enter an offer code and place their order. We offer Absurd Bird, which is a range of chicken meals, and Twisted London, which is burgers, up to the value of £15.

“The orders are then relayed to us and, once they’re cooked, Uber Eats collects them from our kitchen and delivers them to the sites in question, which have to be within a three mile radius.”

Matt said their orders had included the nearby Highgate and Ladywood community fire stations.

A spokesperson for West Midlands Fire Service said: “Several of our staff – firefighters and non-operational colleagues – have volunteered to carry out extra activities to help our most vulnerable residents at this difficult time.

“It’s incredibly heartening to learn of thoughtful gestures such as the casino’s which recognise the fact that our staff are ready, willing and able to go above and beyond.”

Mike Olley, general manager of Westside BID, said: “Our NHS and emergency services staff are doing an amazing job during these immensely difficult times, so we are really pleased that one of our businesses is able to support them in this way.”

Tom Dalby, chief executive of Blue Light Card, said they were “really excited” to provide the free meals offer for their members in the NHS and emergency services.

“We have always valued what our members do on a daily basis, but now more than ever we have the utmost respect for their bravery and dedication on the front-line.

“This partnership continues to demonstrate the enormity of support for our members around the UK.”

Further information about the Blue Light Card scheme can be found by visiting www.bluelightcard.co.uk.