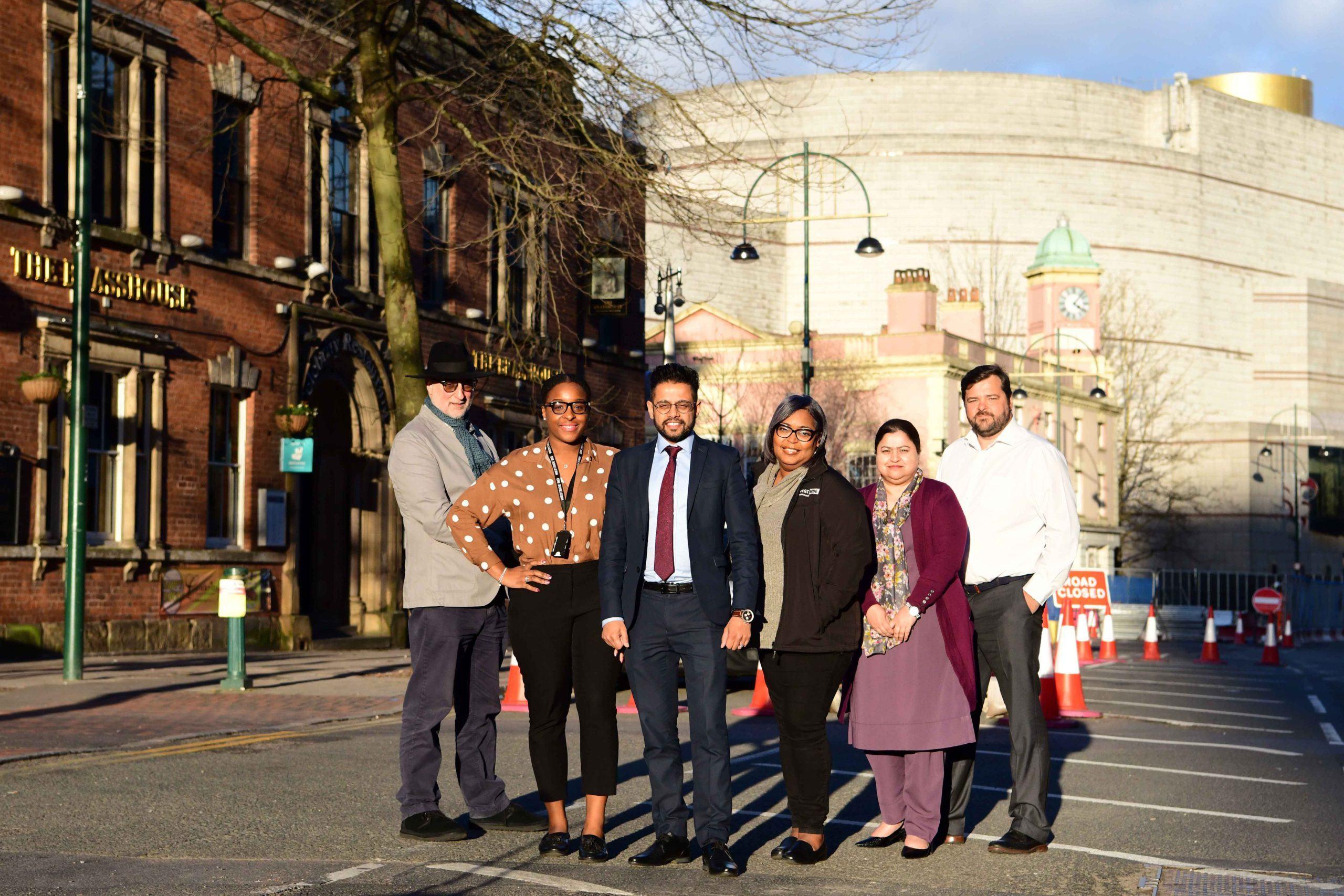 Showbiz legends and political figures alike have praised Westside BID’s resounding ‘Yes’ ballot from members for its services to continue for the next five years.

The confidence vote from members reflects various recent achievements by Westside BID, including:

Comedy legend Jasper Carrott, who was the second ‘star’ on Broad Street and chairs the BID’s Walk of Stars committee, said: “I’m very proud to play a small part in the BID’s work and am looking forward to its continued success in the next five years.

“The BID is constantly promoting the area to bring more customers, with examples like the Black Sabbath ‘Heavy metal bench bridge’, the WOW Awards and our very own Walk of Stars.

“The BID’s recent communications strategy has never been better, with a stunning quarterly newsletter, a brand new website and vibrant social media.

Jasper’s words were echoed by Councillor Ian Ward, the leader of Birmingham City Council, who congratulated the BID on its successful renewal ballot and now looked forward to a “continued close partnership”.

He added: “There are many exciting developments and opportunities in Birmingham, and when we overcome the current national emergency, Westside BID will have a clear role to play as the city bounces back and looks to a bright future.”

Councillor Waseem Zaffar, Birmingham’s Cabinet member for Transport and Environment, described the ballot result as “fantastic news”. He urged Westside BID to “keep up your outstanding work, particularly important during these challenging times.”

He singled out the BID’s street wardens for praise, commenting: “A few months back, I spent an evening with the Westside wardens. They are an important asset, not just for the BID but for the city of Birmingham. Thank you for your outstanding work at this hour of need.”

Birmingham’s former queen of punk, Toyah Willcox, who is also on the Walk of Stars, said: “Congratulations to Westside BID for your resounding success in being voted by all the businesses in Westside for you to come back and keep the area safe, beautiful and visitor friendly for the next five years.

“I am so proud of you. You do such a good job. Birmingham is a beautiful city and you add to that beauty.”

Meanwhile, Westside BID chairman Dipesh Mistry said: “I am absolutely delighted that yet again our members have given Westside BID the thumbs up to continue the great work we are doing for the next five years.

“This vote of confidence means we can continue to offer the services that are aimed at making Westside a ‘cleaner, safer and brighter place’.

“I would like to take this opportunity to thank the Westside BID team for the hard work, commitment and determination over the last term and also to our members for their support.”

And BID general manager Mike Olley said: “We are thrilled that our members have given the BID team such a resounding vote of confidence.

“We are determined to justify the confidence that local businesses have placed in us by continuing the hard work and expertise that has already made Westside BID such a success.”

The result, which was calculated by the returning officer* to be 87.8% in favour by number and 97.35% in favour by value, maintains Westside as one of the most valued BIDs in the UK.

The turnout was estimated to be an impressive 80% of previous ballots, despite half the voting period taking place during the COVID-19 shutdown.

*Subject to an official announcement after verification.