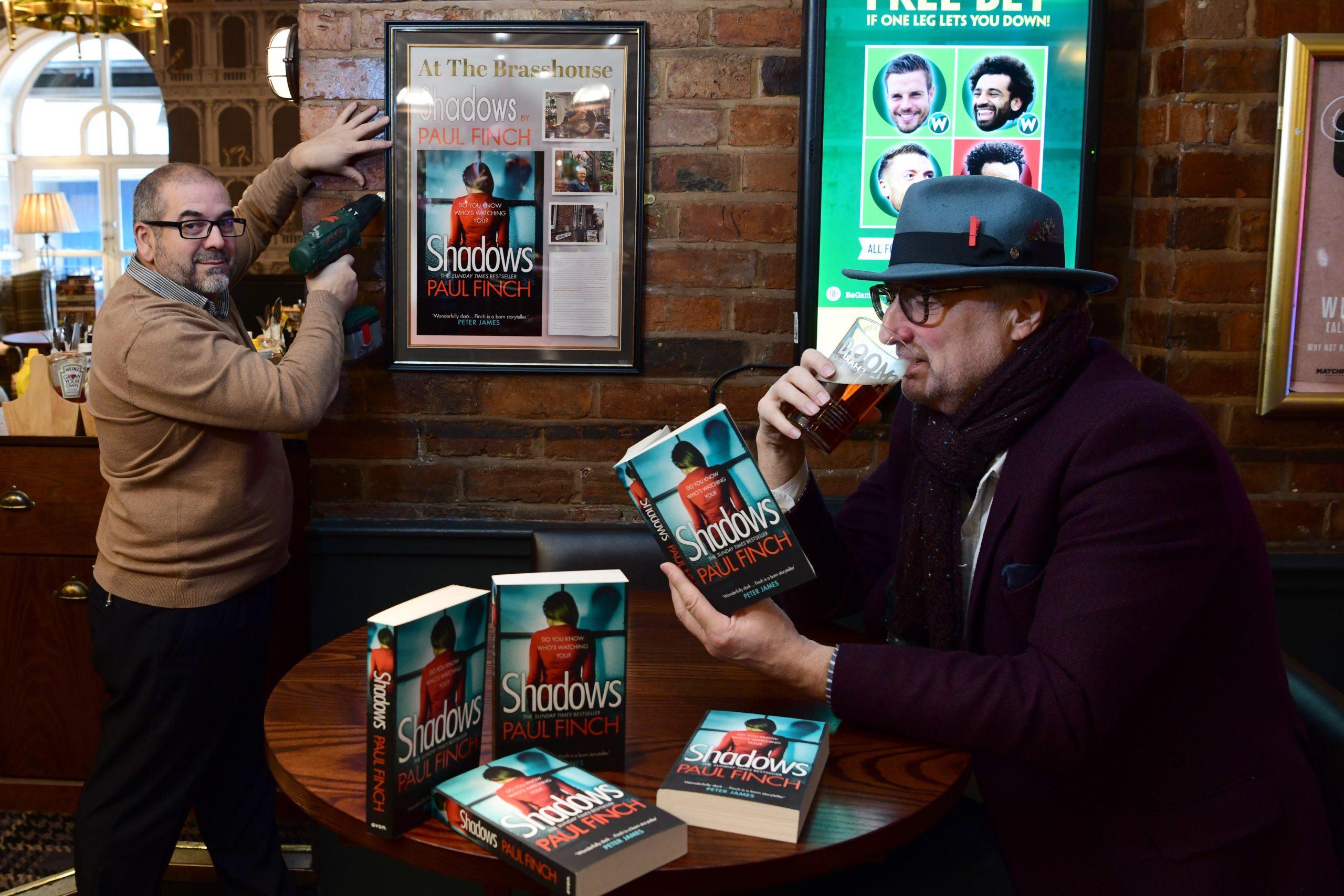 A leading crime author has been given pride of place in a Broad Street pub after the venue featured in one of his novels.

Paul Finch, a former police officer, referred to The Brasshouse in his 2017 crime thriller, Shadows, the second in his Det Con Lucy Clayburn books.

This led to Paul being invited to a special Meet the Author event at The Brasshouse last year as part of the 35th Birmingham, Sandwell & Westside Jazz Festival.

A photo taken at the event, together with the relevant passage mentioning The Brasshouse, has now been incorporated into a special display that Westside BID has framed and presented to the pub, and it now hangs in the main bar area.

The passage in Shadows reads: “Tonight, oddly, even though the rest of his mates were well known on campus as big-time boozers, Keith Redmond had somehow found his way to the last port of call alone.

“It was called The Brasshouse and it was located on Broad Street, where its reputation as a popular watering-hole was very well deserved.”

The Meet the Author invitation was triggered by avid book reader Paulo Jacinto, general manager of The Brasshouse, who said: “I’ve read most of Paul Finch’s books and my wife is an even bigger fan.

“I was very surprised when I saw The Brasshouse mentioned in Shadows, as you don’t expect the place where you work to appear in a novel.

“I told the BID and jokingly said I would like to invite him in for a drink, so that’s how his visit came about.”

Paul said his invite to the Meet the Author event was “unexpected and unusual” but also “hugely flattering”.

He said: “It’s not often that I mention a real pub in a book, particularly as bad things sometimes happen to them.

“Thankfully, The Brasshouse doesn’t get embroiled in any unpleasantness, it just happens to be the last pub to host Keith before he set off to meet his ghastly fate.

“But it’s never happened before that any establishment has ever been so grateful for a mention that they’ve invited me to an event like this.”

He added: “I’ve fond memories of having a good drink at The Brasshouse so I thought it was a great place to set the start of this book, and it’s an honour to have this memento of my visit displayed in the pub.”