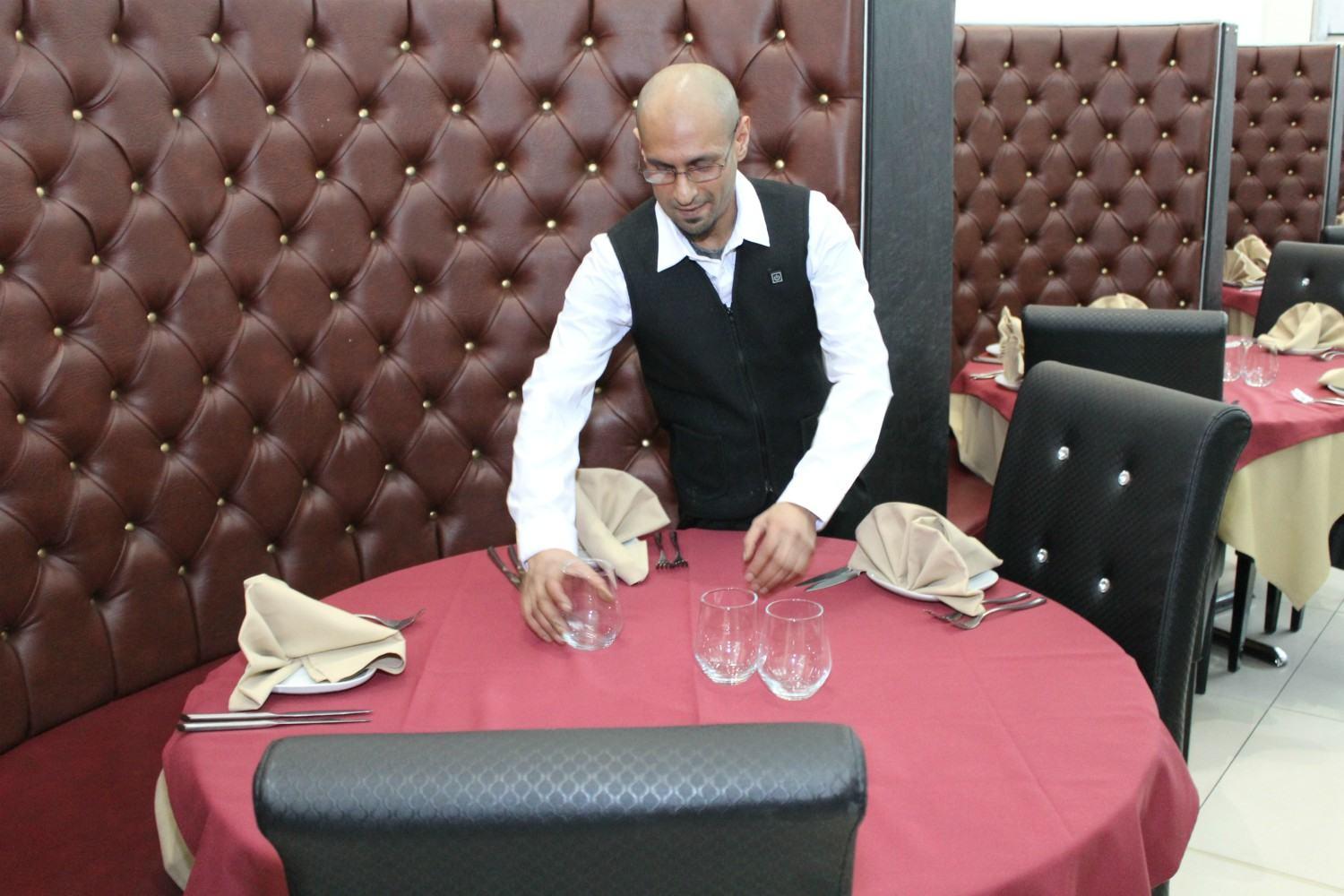 A man who ended up homeless and begging in the middle of winter has turned his life around with the help of Westside wardens and a Broad Street restaurant.

Aziz Khan’s life quickly spiralled out of control when he was thrown out of his Walsall home following a family dispute.

After four days on the streets, the 36-year-old had run out of money and was reduced to begging outside a takeaway when he was approached by Westside warden Shaeed Latif (both corr) on 14 January.

Now Aziz has a new job as a waiter at Dilbar restaurant in Broad Street and a home in shared accommodation in the city.

“I had no home and no money – I had really hit rock bottom,” said Aziz. “I spent four nights huddled in phone boxes and bus shelters without sleep and I was hungry, tired and desperate. That’s when I started begging and that’s when the warden found me.”

Shaeed took Aziz back to the Westside wardens’ offices where the team set about helping to find him somewhere to stay.

The following day Aziz returned to Broad Street where he met Ahad ‘Raj’ Uddin (all corr), the manager of the Dilbar restaurant.

Raj said: “I recognised Aziz as we had worked together years ago. He told me his story and I could see he needed help. I spoke to the owners of Dilbar, Vijay and Pam Bassi (all corr), and they agreed to give him a chance.

“Luckily Aziz is a quick learner and he’s worked really hard so everyone’s really impressed with him.

“Hopefully we can encourage other local businesses to give homeless people a chance and Aziz will be an example to them to show that they can turn their lives around.”

Aziz believes that the intervention by Dilbar and the Westside wardens saved his life. “I really can’t thank them all enough – I didn’t know that there were people out there who could be so kind and helpful,” he added.

“Like everyone, I’ve seen homeless people on the streets but now I really understand what they are going through. At one point I just wanted to get arrested and go to prison, as at least then I’d have some shelter.

“But I didn’t have the heart to commit a crime – and since my low point I’ve been really lucky.”

Warden Shaeed Latif said that a week after helping Aziz he felt a tap on his shoulder before being embraced in a big hug from him.

“He thanked us for our help and I was delighted for him,” he added. “We’ve been watching over him and popping in to check that everything is fine and he seems to be doing well.

“We really do try to make a difference out on our streets. Not everybody wants our help or is willing to change, but when we can help someone turn their life around that’s a great feeling.”