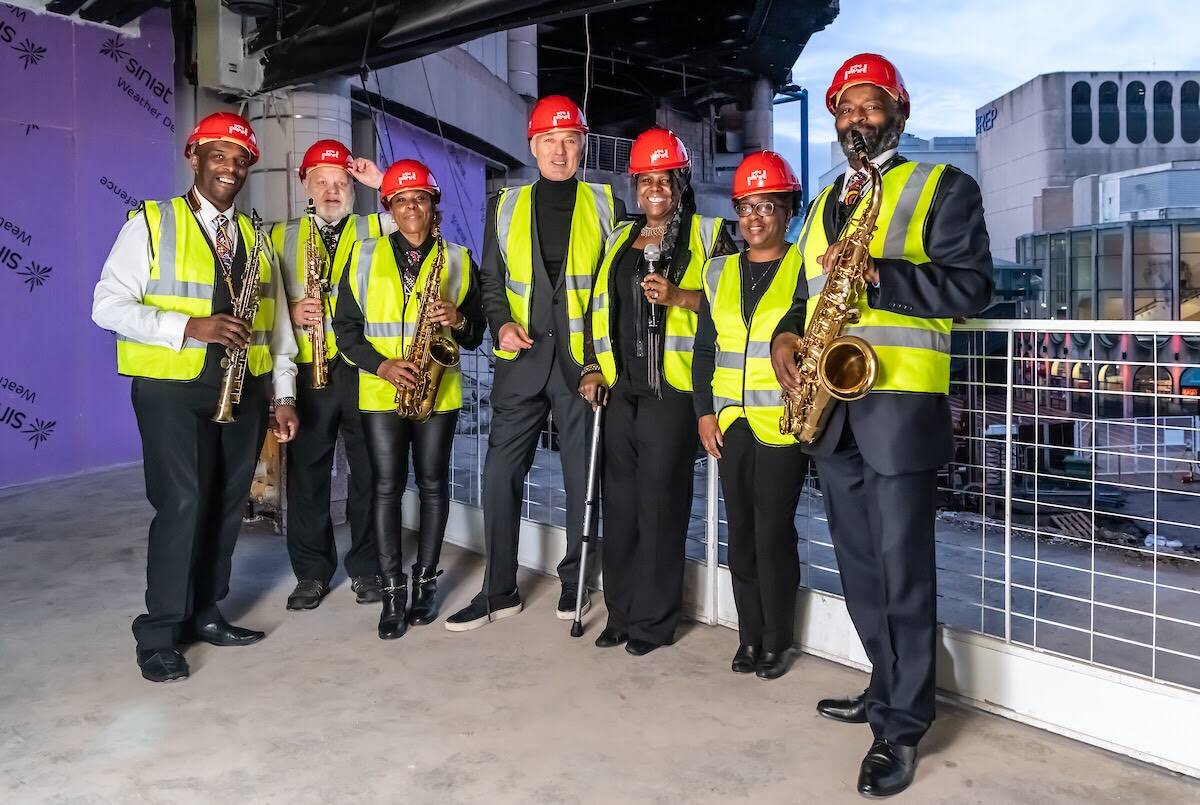 Rock star and actor Martin Kemp was given a VIP-tour of Symphony Hall’s £13.2 million redevelopment ahead of his appearance at the venue next month.

The legendary Spandau Ballet bassist, who also once starred in BBC’s EastEnders, is taking part in the Big Band Broadway on Sunday 16 February.

Martin joined Birmingham community big band The Notebenders on his visit, one of many local community groups who will benefit from the new performance space.

The Big Band Broadway will see Martin and his wife Shirlie Kemp – who also found fame in the 1980s with Wham! – joined by legendary Broadway music-man Larry Blank and the London Concert Orchestra.

Along with sensational vocalists Rachel Tucker and Matt Ford, audiences will enjoy an exciting concert of music from the searing rhythms of Sweet Charity and Cabaret to the blistering brass of West Side Story.

This will be just one of many performances that are continuing throughout the major transformation of Symphony Hall’s foyers, resulting in a brand-new space for talented local artists to perform.

For more details of what’s coming up at Symphony Hall, visit www.thsh.co.uk/whats-on