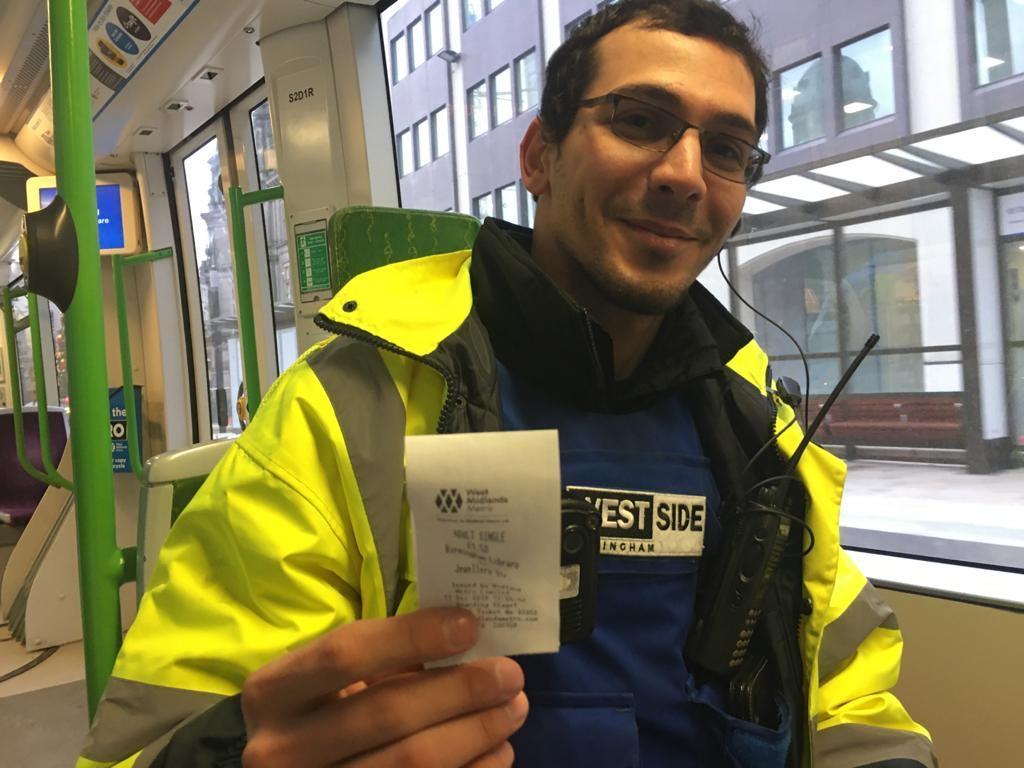 A street warden’s journey to work from Wolverhampton to Birmingham’s Westside area has been made quicker and more convenient thanks to the latest extension of the West Midlands Metro.

Dimitrios Mitropoulos was catching the train every day from Wolverhampton to New Street station and then walking up to another 30 minutes to and from Broad Street, where he works for Westside Business Improvement District (BID).

But now that the tram is carrying passengers all the way to its new Centenary Square stop, Dimitrios reckons he’s saving around two-and-a half hours every week on his round journey times.

Dimitrios, aged 26, who lives with his family in Moseley Village, Wolverhampton, said: “When I first started working for Westside BID earlier this year, it was quite a journey once you’d taken the palaver of getting to the railway station, all the stairs and then the walk from New Street to Broad Street into account.

“But now I simply jump on the tram at the nearby Wolverhampton St George’s or the Priestfield stop and end up getting off on the street where I work, which is much fast and far more convenient. And it feels even easier on the way home!”

Mike Olley, general manager of Westside BID, said: “Dimitrios is a great worker for the BID and we’re so pleased his journey to and from work has become quicker and easier thanks to the new tram stop.

“It’s a great example of how the West Midlands Metro will attract more people to Westside from Wolverhampton and the Black Country – both to work and to enjoy the vibrant nightlife we offer.”

Work on the Westside extension began in June 2017 and construction was carried out by the Midland Metro Alliance, a consortium set up by Travel for West Midlands (TfWM) to build a series of tram extensions across the region.

TfWM is already working with the MMA on the next section which will see passenger services running along Broad Street to Edgbaston in 2021, stopping at Brindleyplace, Five Ways and Edgbaston Village.

Laura Shoaf, managing director of Transport for West Midlands said: “The tram extension was designed for people like Dimitrios who work in and around the Westside area as well as the thousands of people who visit the many attractions in Centenary Square and Broad Street every day.

“We are delighted that it is saving him time on his commute and would urge more people to give it go now it is open.”