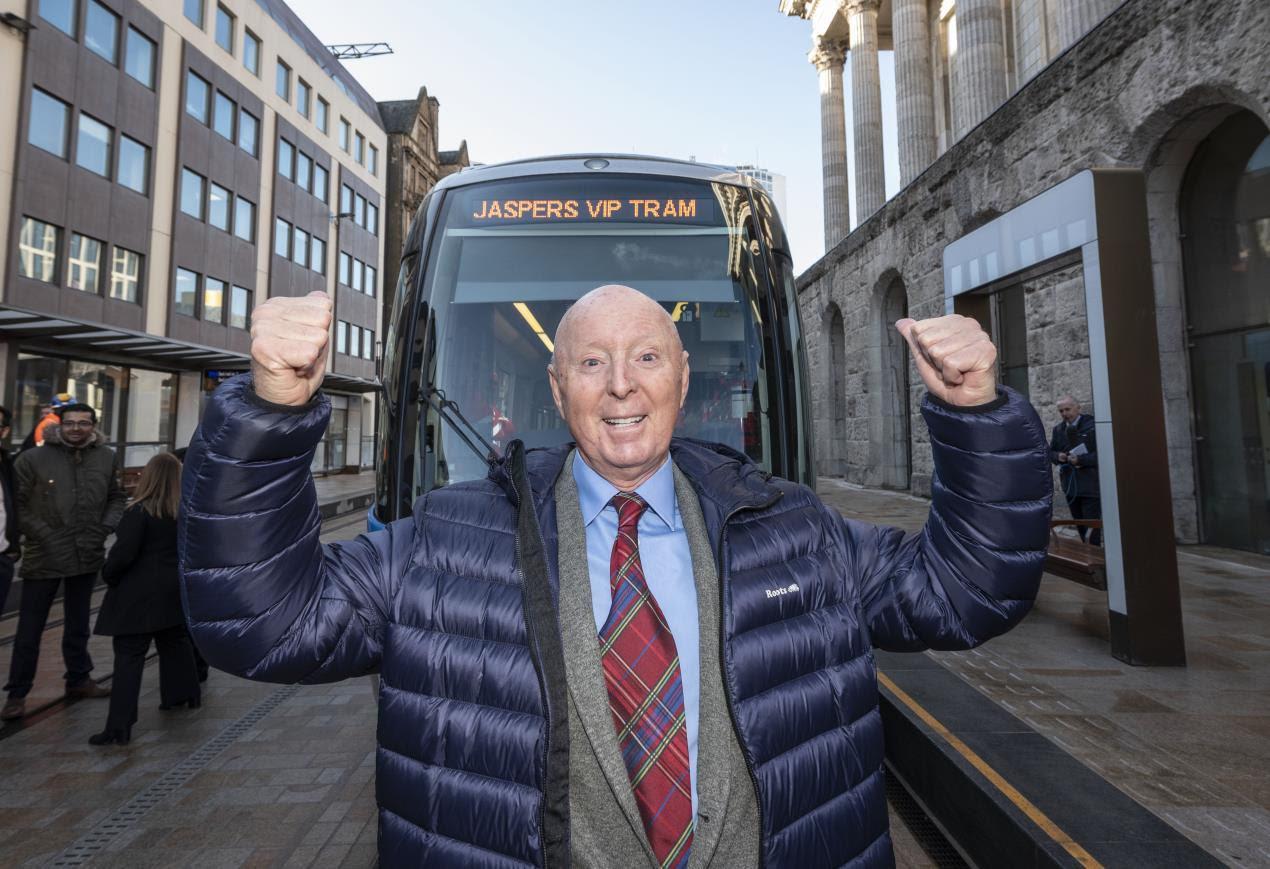 Party-goers heading to Broad Street this Christmas could be travelling on Jasper Carrott’s very own funky contraption.

That’s because the Brummie comedy legend has had one of the West Midlands Metro’s trams named in his honour.

The naming ceremony took place on Wednesday 13 November to mark the latest Metro extension from Grand Central to Centenary Square, due to be running from this December.

The line to Centenary Square is the first phase of the Westside extension to Edgbaston, with phase two taking trams along Broad Street to Five Ways to be completed by the end of 2021.

Jasper, who chairs the Broad Street Walk of Stars committee for Westside BID, caught his own tram to the naming ceremony and joked that he particularly enjoyed the experience as he didn’t have to pay.

As his 1975 hit single Funky Moped played out to well-wishers gathered for the event, Jasper said: “Today was pretty special.

“The last time I rode on a tram in Birmingham was over 70 years ago when I went from the city centre to Handsworth Wood, it took about four days.

“But seriously, having a tram named after you is an honour, especially when it is all tied up with Birmingham and the West Midlands where I was born and bred.”

Jasper is the latest celebrity to have a tram named after them following rocker Ozzy Osborne and the late footcall star Cyrille Regis.

Laura Shoaf, managing director of Transport for West Midlands, said: “Jasper has been a champion for Birmingham and a great ambassador for the West Midlands and is fully deserving of this honour.

“His tram will be taking passengers to Centenary Square to enjoy the big wheel and ice rink and in a few years we are planning to run another line to the NEC and Airport, which will take Jasper’s tram to his beloved Birmingham City FC.”

Alejandro Moreno, director of the Midlands Metro Alliance which is constructing the tram extensions, said: “We share a real pride in delivering such a transformative tram extension for the city and we are all excited about this latest opening.”