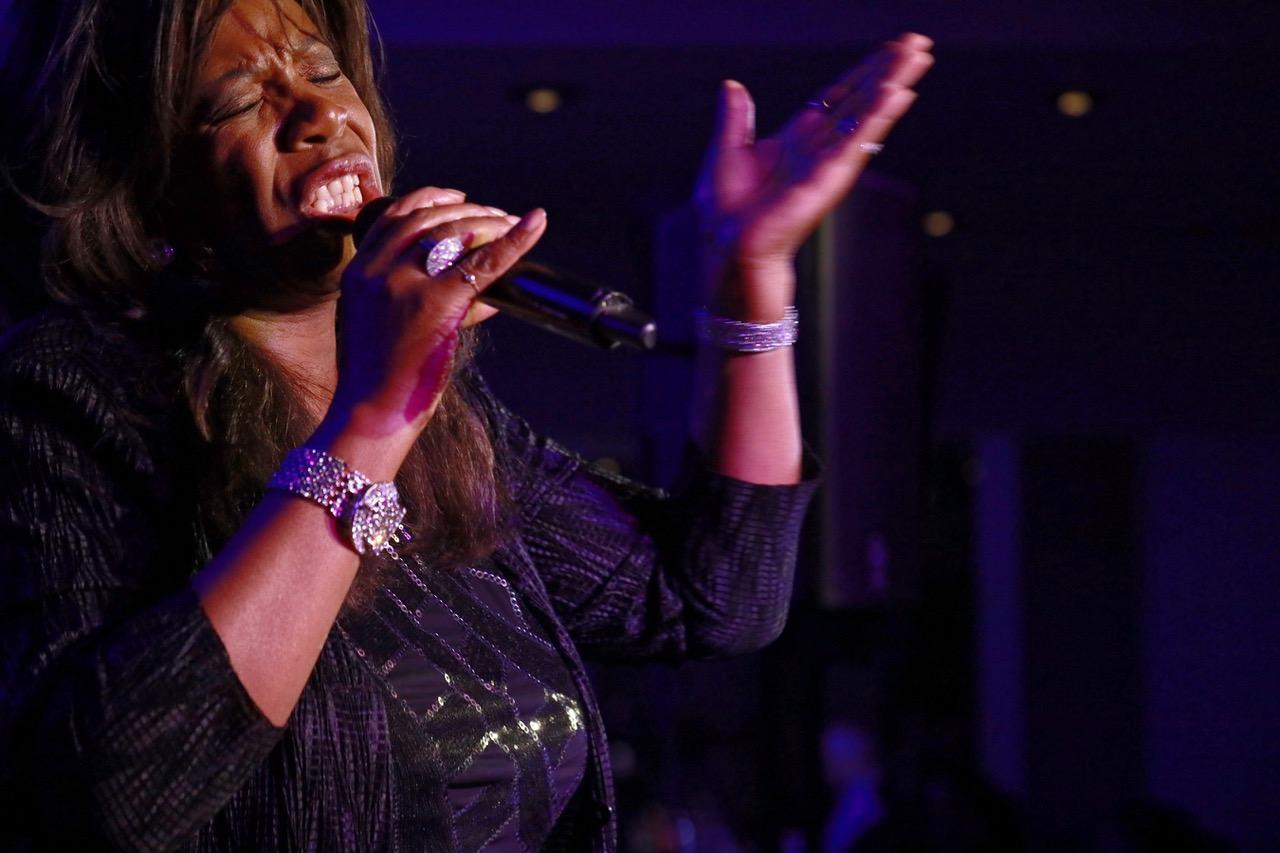 Birmingham-born Jaki was performing to a packed house at Pizza Express on Waters Edge, Brindley Place – just a mile up the road from where she was brought up in Ladywood.

A packed audience swooned as Jaki belted out her favourite numbers including Step Right Up, Round & Round, Ain’t Nobody and many more, along with several other popular disco hits.

In the crowd was Westside BID general manager Mike Olley and his wife Lorraine, keen to see Jaki for the first time since she was honoured on Broad Street’s Walk of Stars back in 2012.

Mike said: “Jaki gave a consummate performance that was faultlessly entertaining, her voice demonstrably brilliant at whatever pitch she reached. She really did seem to be at her peak.

“She’s a complete show woman and her performance gripped, engaged and really captured the audience, and the warmth that flowed between her and everyone watching was astonishing.”

Jaki is considered by the music world to be one of soul’s true pioneers, paving the way for many a black British female solo artist who followed her.

She scored international success with a string of hits from 1985, making the Music Guinness Book of Records in the 1980s as the first black British female solo artist to have six consecutive top 20 hits.

Pizza Express has regular live performances across the UK, and its Waters Edge venue will be hosting Toyah Wilcox on Saturday 23 November is a touring show called Acoustic, Up Close & Personal.