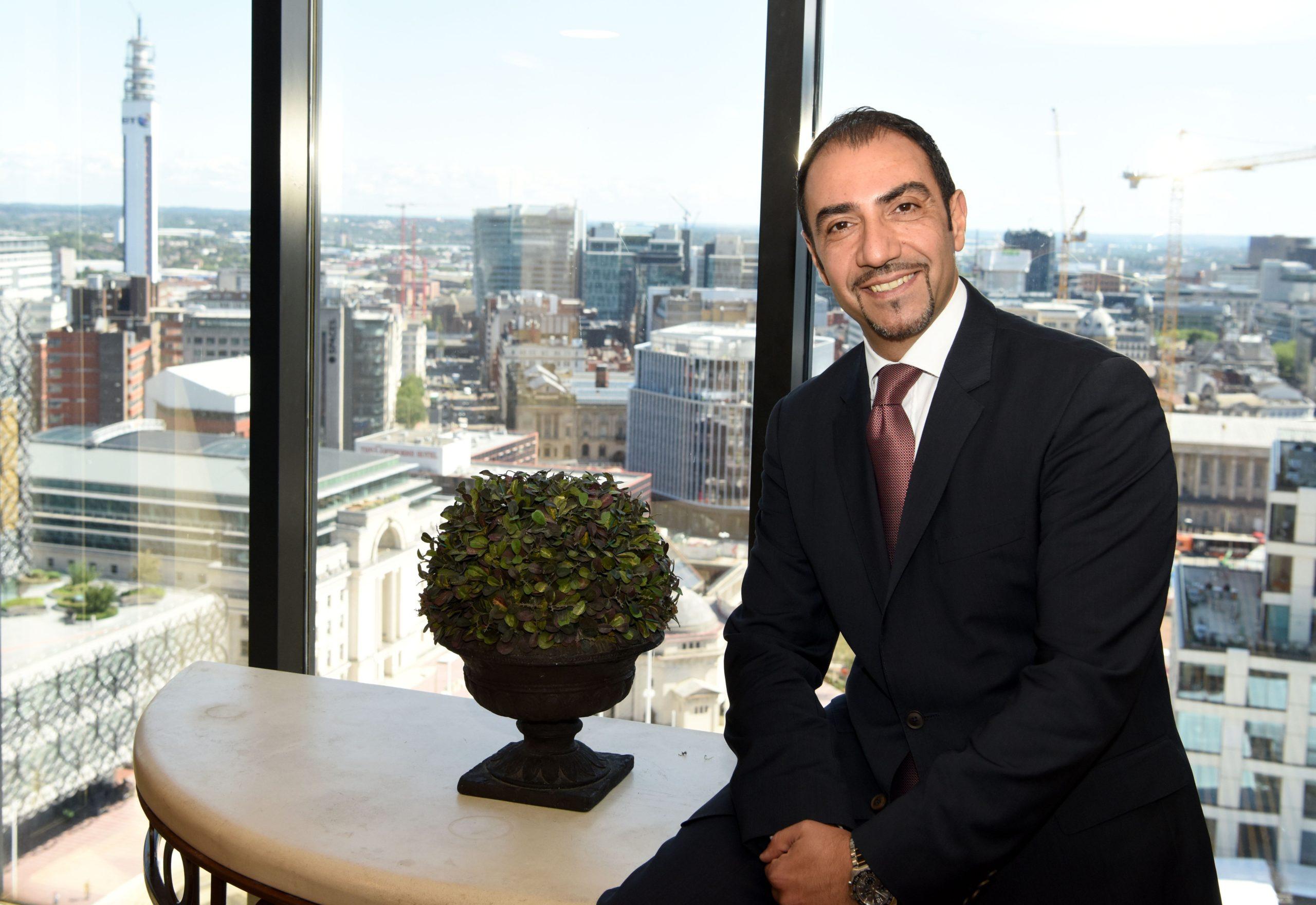 Mohammad Labban has experienced luxurious 5-star hotels all over the world, including top venues in India, Jordan, Egypt and Dubai.

But romance means that Birmingham beats all these exotic locations for the new general manager of the Hyatt Regency on Bridge Street, because this is the city where he once proposed to his wife, Sam.

“Birmingham has always been a very special place to me,” said Mohammed. “It’s where my wife went to university and where I chose to propose to her many years ago.

“My family are the driving force behind my career success and so I’m thrilled to be back in this city, which holds a special place in our heart.

“I cannot wait to explore everything that this glorious city has to offer and have a feeling that my family and I are going to feel very at home here.”

Originally from Beirut in Lebanon, Mohammed studied Hospitality Management in Cyprus and as a young graduate he was quickly snapped up by the Hyatt hotel group.

He began his career more than 20 years ago in sales, marketing and business development, working at many locations including the Hyatt Regency Jeddah, Grand Hyatt Amman, Park Hyatt Dubai and Hyatt Regency Dubai.

His general manager role was in India at Hyatt Regency Pune, followed by the Hyatt Regency Sharm E Sheikh in Egypt and more recently leading the opening of the flagship Hyatt Regency Aqaba Ayla Resort, on the Red Sea coast of Jordan.

Mohammed said: “I was inspired from a young age by the dazzling glamour of the hotels I saw in Hollywood movies, and so I was always destined for a career in hospitality.

“Once I started at Hyatt, I’ve remained loyal to the brand for an exciting career spanning 22 years in some of the most luxury hotels in Asia.

“Working in different countries and cultures gave me valuable insights into the hotel industry, particularly as general manager in Aqaba, Jordan.

“That’s where I led the pre-opening operations of the hotel, building the team from employee number one to a fully staffed hotel in 18 months. Launching that hotel in December 2018 was my most memorable career moment to date – but I’ve got plans for many more.”

In his new position as general manager at Hyatt Regency Birmingham, Mohammad plans to continue developing what he describes as its “outstanding reputation” in the city.

He added: “My commitment to delivering outstanding service will be vital in the way I lead all departments here, ensuring every guests has a truly memorable experience.

“I’ve had some amazing opportunities with Hyatt so far and I am now extremely looking forward to successfully undertaking this fantastic experience at Hyatt Regency Birmingham.”