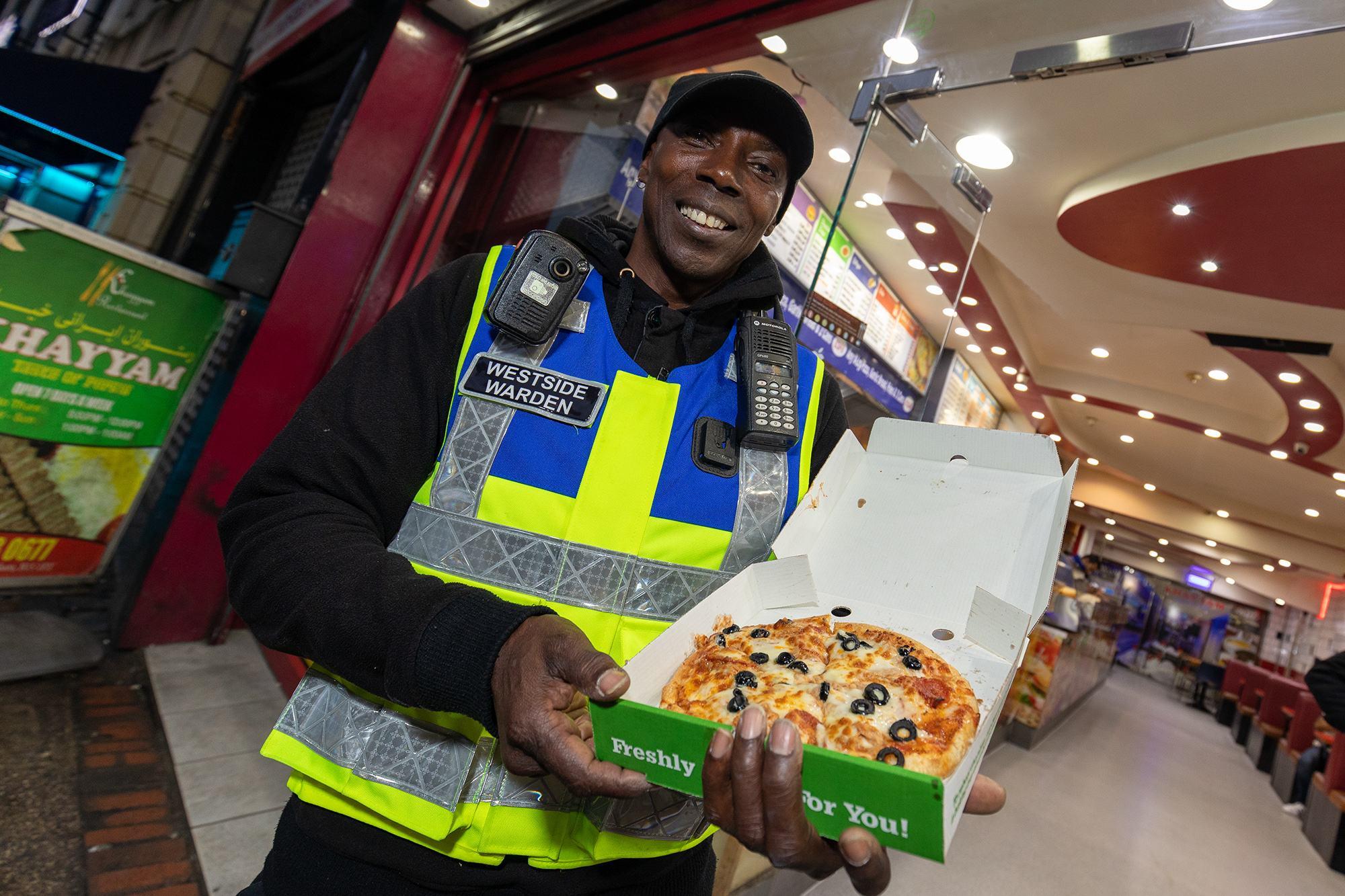 Westside warden Enoch White was determined to enjoy a pizza he’d just bought for his latenight break – even when a gunman demanded he hand it over.

Enoch and a colleague were walking along Broad Street when a car suddenly pulled up and the driver pointed a gun at him through the open window.

But when the gunman demanded the pizza that Enoch, aged 62, had just collected from Pit Stop in Broad Street, the warden calmly replied “hell, no”.

The terrifying drama happened shortly before midnight on Monday, 26 August.

Enoch, from Kingstanding, said: “We had just moved some people who’d been harassing passers-by outside the post office in Five Ways.

“We were walking back to the office but stopped off at Pit Stop for a takeaway pizza to eat during my break. As we got to the corner of Granville Street, outside O’Neill’s bar, a grey VW Golf pulled up.

“The driver was shouting something which I thought was him asking for directions, so I walked over to the car. As I asked ‘can I help you?’ he just pointed a gun at me through the open window and said ‘you’re dead’.

“His eyes were really crazy looking and he seemed to be as high as a kite. He said ‘I mean it, I’m going to shoot you now’. Then he said ‘give me your food’ and I just said ‘hell, no!’”

Enoch said he told his colleague to note the car’s registration, at which point the gunman dropped the firearm in his lap and sped off towards Five Ways. Enoch was able to flag down a passing police car and pass on the details.

Westside BID general manager Mike Olley said: “This just demonstrates the calibre of people we have working as wardens. And it also says a lot about the quality of food available on Broad Street – this was obviously a pizza worth dying for!”

A spokesperson for West Midlands Police said a 46-year-old unemployed Birmingham man had been arrested after the incident.

He has appeared in court and has been remanded in custody, with a trial date fixed for February 2020.