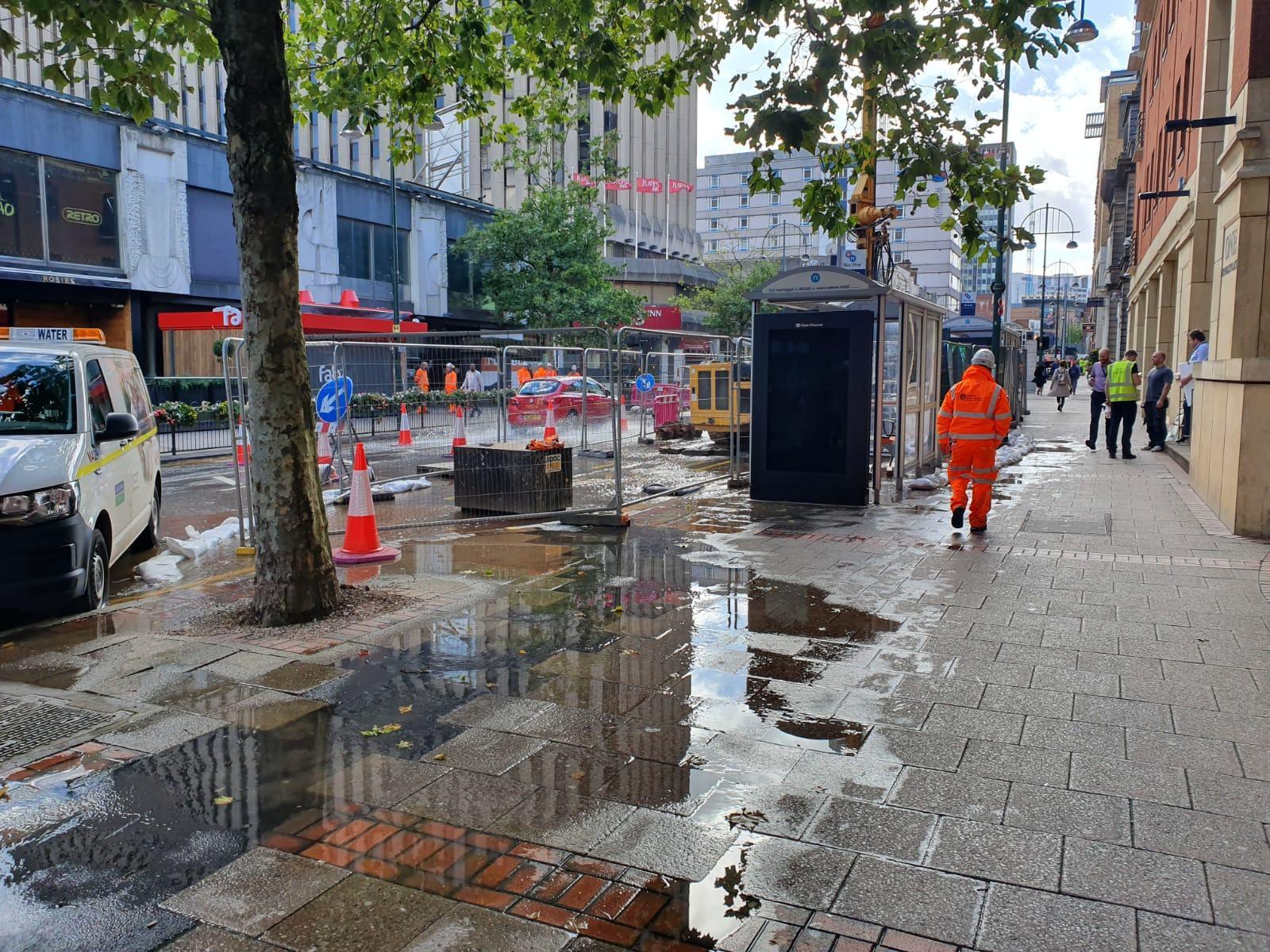 Westside BID businesses were left counting the cost of a burst water main which severely disrupted the Broad Street area and left them without any water for up to a day.

The damage to the 9-inch mains pipe was caused by workers involved in extending the Midlands Metro route along Broad Street.

It led to water gushing along the centre of the road, but also cut off the mains supply to restaurants, shops and other local businesses.

A number of BID businesses left without water following the burst on 26 September are currently considering compensation claims due to loss of trade.

Among those worst affected was Piccolinos restaurant in Brindleyplace which was without water for 24 hours.

Georgia Pomes, manager at Piccolinos, said: “Our water went off in the morning and didn’t come back until the morning after. We had at least 30 customers booked in advance but we couldn’t open without water.”

Dave Murphy, manager at The Malt House pub in King Edwards Road was forced to close until 6pm.

He said: “Around 90 per cent of our trade is lunchtime and early evening, so we only took about £500 on the day which is massively down on what we would normally take. I reckon there will be a few compensation claims going in.”

A spokesman for Severn Trent Water said they were able to bypass the damaged pipe so all but 25 customers had their water back on within hours.

He said: “The final 25, who are likely to be businesses, unfortunately were connected to the damaged part of the pipe and so didn’t get their water back until the pipe was fixed. It was a really tricky repair due to the location of the damage and so it did take a little while.”

Midland Metro Alliance said it wanted to thank anyone inconvenienced by the loss of water supply for their “patience and understanding” during the period until supplies were restored.

Its statement added: “The team at the alliance worked closely with Severn Trent Water to restore normal supplies as quickly as possible. We would urge any business which was without water and could not trade to contact their insurance company directly for any business interruption assistance.”

Mike Olley, Westside BID’s general manager, said: “Many of our members suffered a loss of business arising from the chaos of this burst pipe, but we are nevertheless grateful to the fast reaction from alliance workers to contain the damage and help businesses wherever they could.”