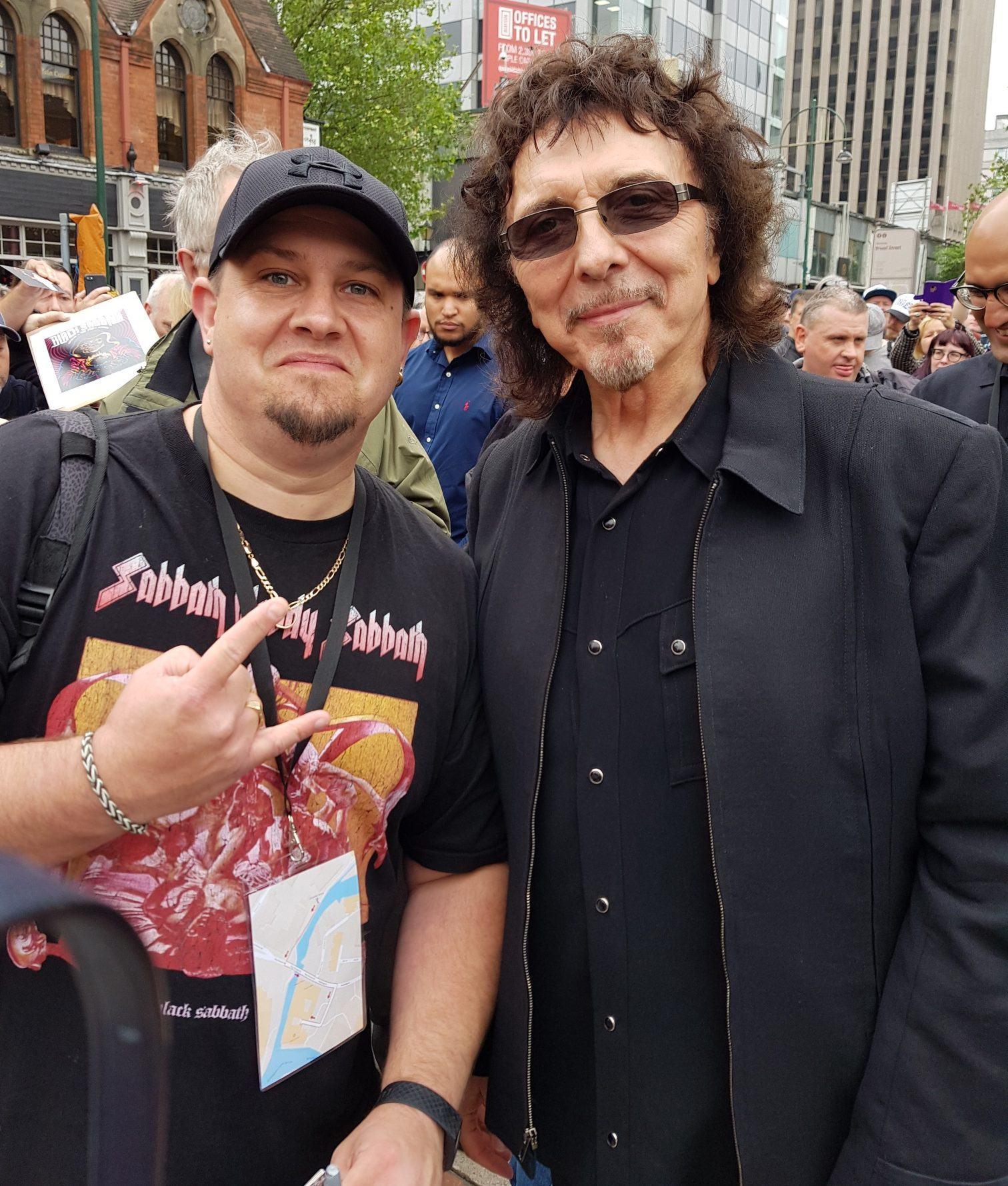 A Black Sabbath fan’s mission to meet his idols succeeded beyond his wildest dreams after he was given VIP access at a Birmingham tribute event.

His good fortune on 26 June followed a mini disaster in February when the lifelong Sabbath fan’s car caught fire as he travelled to Birmingham for an earlier exclusive viewing of the bench, where Tony Iommi was the special guest.

Alex, who lives in Littlehampton, Sussex, said: “I was absolutely distraught when my car broke down halfway through my four-hour journey to Birmingham back in February.

“I was stranded by the side of the road holding my ticket and had to go home knowing this great event was going on without me.

“But now I’m still pinching myself that I finally made it to Birmingham for the latest event and ended up meeting and chatting to Tony and Geezer face-to-face.

“I keep looking at the pictures because I can’t believe it’s happened, and it’s made memories that will stay with me for a lifetime.”

Alex, aged 40, travelled to Birmingham the night before the June event to make sure he didn’t miss it, visiting Ozzy Osborne’s former home in Aston and the Crown pub in the city centre where the band played their first gig.

He arrived early for the event to get a front row space and began chatting to Mike Olley, general manager of Westside Business Improvement District (BID), which was organizing the event.

Before he knew it, he had been co-opted to help out and was invited behind the scenes as Tony and Geezer set sail on a narrowboat to the canal bridge renamed in honour of the band.

Alex explained: “I was there when they arrived and chatted with Geezer after the unveiling. I helped to guide the VIPs into position and was then invited along to the private drinks afterwards and got to speak to Tony.

“He was great, a real gentleman, and chatted to me even though there was a room full of people waiting to talk to him. He and Geezer signed my vinyl – it was incredible, I just couldn’t believe it was happening.”

Mike Olley, of Westside BID, said: “We could tell that Alex was a true Black Sabbath fan and when we heard about his heart-breaking journey in February we just had to help.

“The bench and bridge are a tribute to both Black Sabbath and the passion of the amazing fans who have made them into the legends they are today, so bringing Alex together with Tony and Geezer really embodied the spirit of what we are trying to celebrate here in Birmingham.”

At the same event the metal bench featuring cut-outs of the band’s members was installed on top of the bridge.