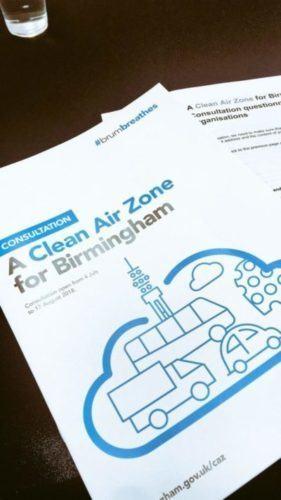 Birmingham City Council recently announced they are intending to introduce a Clean Air Zone (CAZ) into Birmingham City Centre. The proposal is to have the CAZ within the A4540 Middleway ring road (but not the Middleway itself), where the most polluting vehicles will have to pay to enter the city centre. This can be seen in the map below:

No vehicle will be banned from entering or travelling through the zone, however charges would apply to vehicles whose engines do not meet the specific pollution standards; including buses, coaches, lorries, vans, cars, taxis and specialist vehicles like bin lorries.

To get more information on the CAZ, read the following document circulated by Birmingham City Council:

Many Westside venues and residents will be affected by this. If you have not had a chance to have your say on the Clean Air Zone proposals, visit www.birmingham.gov.uk/caz to find out more about the Clean Air Zone and complete the online questionnaire. Consultation ends on Friday 17th August 2018 at midnight.